I am writing a new book for children aged 8+ with a large supernatural element... I aim to deliver it at the beginning of April and it will hopefully be published by Scholastic early in 2015.

No title yet. Any suggestions?

In the last few weeks I have visited

I am soon to visit Axminster School in Devon and Ridgeway School in Swindon.

But now it's back to The Book. 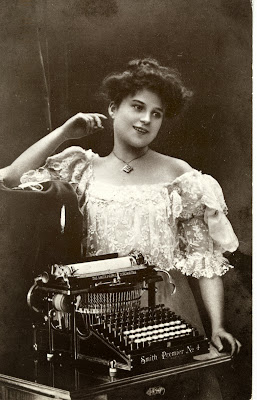 Tomorrow I will be Guest Speaker at Taunton Preparatory School Parents' Day.
I am planning to set an epic reading challenge. I was very inspired by my trip to Tavistock College, Carnegie Medal shadowing event, (Congratulations to Sally Gardner and Maggot Moon who won the medal this year) where I met 3 girls from a Plymouth school, who had read all the books on the longlist, that's over 50 books in 5 months, and they were reading them for pleasure!

Here are just some of the children's books that I think are fantastic (this is my only criteria) that I'm going to challenge the children to read, for the sheer love of reading, in the next few years. There are many many more I think should be included but I won't have time tomorrow to mention them all. (or fit them in the crate) 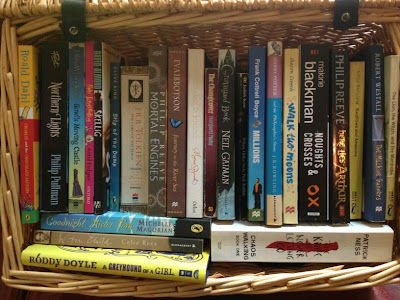 What books would you have on your challenge list?

I LOVE NaNoWriMo, the movement that challenges anyone to write 50,000 words in a month... for fun!
So I was delighted to be interviewed by them. Here I am talking about mixing babies with book deadlines

All right. Very rarely I am asked EXACTLY what singing and songwriting I mention in my BIOG. (And NO I will not sing at your book event unless you provide an 11 piece band, thank you very much) (though I did sing a Pentangle folk song at a book festival in Sardinia once, but was under EXTREME pressure, so it served them right)
SO here is a selection.


Epiphany  (above)  is a track I wrote and recorded with Dan Brown http://danbrownmusic.co.uk/ a few years ago..


Here'sn a track I recorded for band Elevator Suite, a cover of Idris Muhammad's 'I Feel Music'


I co-wrote a song with Dance band Way Out West about a hundred years ago. Here is the mix I like best (bit sad and gloomy mind)

I never knew this existed. It's a version of the song 'Silence' by the excellent Sarah McLachlan. In my 20's I did a number of singing sessions for international DJ Steve Hill, recording songs like this for a session fee, with the brief to try and make them sound as much like the original as possible, which were then turned into banging hard house and trance mixes(!) (most of them I never knew about) I've started to track some of them down. Goodness me! I'm not on the credits, but it is me warbling away. Anyway, this track is rather good fun (said in Jolly Aunty Voice)

Look at this! Smashing French Edition of SPARKS. This is fantastique, mais oui.

And here is the full size picture. Really cool. 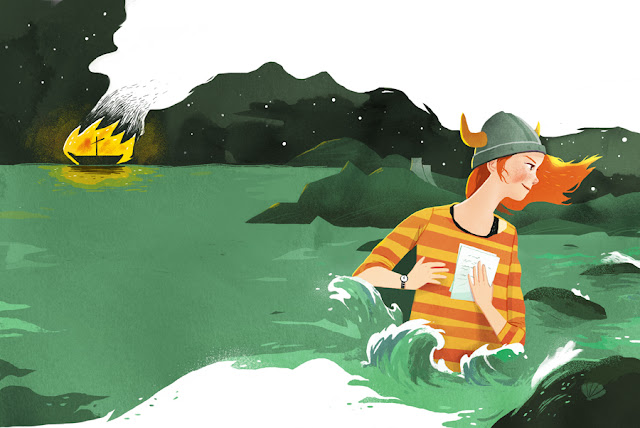 
Events
I am off to Uffculme School in Devon this week, then a mini tour talking about Midnight Pirates for World Book Day/Week at schools in and around London.

I will also be at the Leipzig Book Festival in Germany later in March, talking about Bullet Boys.

The death of a Theatre

The Brewhouse Theatre in Taunton, which has just gone into administration, (Government funding has been slashed) opened in 1977 when I was nearly two years old. It was the only theatre for miles around. The ins and outs of the funding struggle can be read elsewhere, but what did the place mean to one small person, growing up on a farm, sixteen miles away, in the middle of nowhere?


The first time I went to The Brewhouse is also one of my first memories. My uncle was acting with a troupe on stage.  My uncle had been run over by a bus when he was 17 and lost both his legs but was now performing with other disabled actors.

Another shady, hazy memory: I was taken to the ballet. Imagine that! A scruffy farm girl with a deep interest in cowpats, and only one TV in the house, taken to see such a spectacle. I remember the thump of the dancers' feet on the stage, totally at odds with their pink fairy-like forms.

My primary school bussed a class of us there and I saw my first professional play: ‘The Selfish Shellfish’ It was dark and scary. A large cloth was used to represent an oil slick. An actress wore a spiked hat, she was an anemone. I had never seen anything like it and it blew my rural brain. (I went to the cinema just twice as a child, these were totally new experiences)

The theatre, I understood, was where you went and were not allowed to wear your wellies. You wore your best trousers. But of course it became much, much more than that.

Now eleven, my friend Meena was chosen to sing during a local production of Madame Butterfly, and perform on stage. (She later became a ‘proper’ singer) It felt like an awesome opportunity, and it was. The theatre became a place where, not only could you watch, you could take part. Then somehow I got to join in a young play writer’s workshop. The organisers had come down from Actual London. There was a woman who wore all black! Then my secondary school took us to see a professional touring company perform Romeo and Juliet. It was unexpectedly funny and terrifying and exploded for good those endless excruciating readings in lessons.

And then, when I developed an interest in music, I got to perform on the stage, in the mighty Battle of the Bands. Singing on a professional stage was a big experience for a person who was used to warbling at school events. (I did end up singing for a living for a while -for better or worse) I also got to perform a play I wrote and acted in for my A level Theatre Studies.

I remember a woman who used to ramble around the high street and parks of Taunton all day, it seemed, doing nothing particular. She was a well known face and someone I would worry about. Was she OK? She got hold of a camera and eventually The Brewhouse hosted an exhibition of her pictures. The place was packed.

It is impossible to quantify the value of a small country theatre. At the risk of rambling on, or sounding pompous, the theatre feeds dreams, and creates them. It allows us to clamber out of our backgrounds and go somewhere new, should we wish. Watching brilliant professional touring companies was revelatory. And yes, eventually, the students who learned to work backstage, to operate the bar, who volunteered to help with the lights, the box office, to write and run small shows. We went on and did more things. Things that earned money and paid taxes.

And now I have moved back to Somerset and am a firm punter. As well as adult events I regularly take (took) my children to the theatre to see glorious children’s shows, the likes of which are everywhere in the city, and hardly anywhere down here in Somerset. My three year old recently pointed at a picture of a debonair actor who played ‘Ratty’ in The Brewhouse’s in-house production of ‘The Wind in The Willows’ and said ‘I want to be him!’ (an excellent progression from the Power Ranger role model he previously aspired to)

There are art groups for toddlers, a thriving youth theatre, a cinema. The program is/was packed with every sort of theatre and music you could wish for. And now it has gone. Closed down. It has been stopped in its tracks.

I’m not even mentioning the hours of pure fun I’ve had at the place, watching brilliant shows, author talks, music, dancing, local and national performers and comedians... I have a friend who has 2 children who have been practising flat out, in all their spare time for the gang shows that the scout organisation performs in April. I imagine all these small people will be very sad.

What a miserable day this is for Taunton. It has become a little more grey. A little more dead.

MIDNIGHT PIRATES REVIEWED IN THE GUARDIAN

And here is a reader review

The waiting is over! 'Midnight Pirates' is finally here. Miranda, 13, Cal, 16, and Jackie, 10, live in The Dodo Hotel on the beach in Cornwall. When the hotel goes bust and their parents go away, the children run away from school and attempt to run it by themselves. But they attract no ordinary guests...
Midnight Pirates is an adventure story for children age about 9+ and teens and features mad aunts, sharks, huge ships, fake mermaids, desperate criminals, lots of surfing and swimming, jetskis, hidden caves, bent scientists and bad cooking.
THE MIDNIGHT PIRATES ARE HERE!

Author Katy Moran reviews lots of books, and included in her January 2013 lineup is MIDNIGHT PIRATES
http://katymoran.co.uk/book-review-blog/
Posted by Ally at 02:18 No comments:

My new book gets its first review. It is coming out on Monday January 7th 2013. 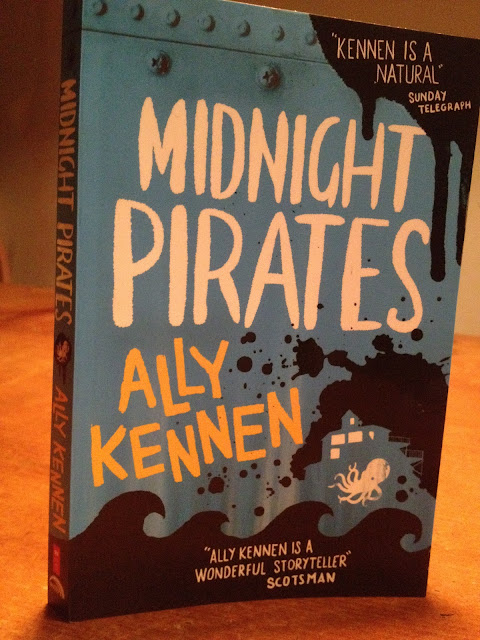