Yeeharrr! She screams in a ladylike and very serious authorish manner , QUARRY has been longlisted for the UKLA Children's Book Award 2012! Hot Dang! But check out the competition...rats rats rats, it's FIERCE. But in the meantime GO QUARRY!!! (Author speaks to her book... It was serious work writing you and it is lovely lovely you are longlisted!) Thankyou THANKYOU Lovely people at UKLA Longlist 12-16 Hodder Children's Books My Name is Mina David Almond Bodley Head Long Lankin Lindsey Barraclough Walker Books Flip Martyn Bedford Oxford University Press Buried Thunder Tim Bowler

Ha ha! Well, whilst I've been writing books and rearing young, my uber-geek handsome husband has been whittling away on his mega app  BOOK CREATOR and here  is a video all about it. Basically it's an app to create picture books on your iPAD, or whatever books you like.  You can make very slick books with this, and if you want you can publish it to the iBookstore. And it is EASY-PEASY to use. I know this because I have been commenting on it all the way, and my knowledge of all things tech is archaeological (see my website for example) so it has to be EASY for me with no annoying jargon or cryptic symbols and it has to WORK otherwise I would throw the iPAD to the floor in RAGE.  Anyway, I've been playing with the thing and it's great. I know I would say that, but it is... see for yourself.  I WISH I could draw, then I'd be firing out e-picture books like nobody's business, but sadly all I can draw is a cartoon cow with a steaming cow pat. Anyway it's great for photo books, kids books and all sorts. AWAY YOU GO! And you'll be the first to see my cow e-book when it goes live on iTunes!  for more info see  www.redjumper.net/bookcreator

Book Creator for the iPad from Red Jumper Studio on Vimeo. 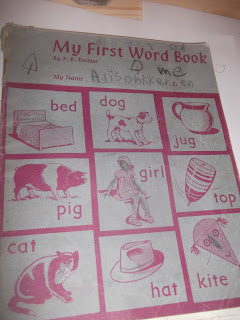