Ally Kennen grew up on a small, organic farm near Exmoor.

Before becoming an author, she had many jobs including working as an archaeologist, a classroom helper, a museum guard, a giant teddy bear and a singer and songwriter.
Her first novel BEAST, written during an MA in CreativeWriting at Bath Spa University and published in 2006 by Marion Lloyd Books, was shortlisted for the Booktrust Teenage Prize and the Carnegie Medal and won the 2007 Manchester Book Award. her second novel BERSERK won the North East Teenage Book Award and the Leicester Book of the Year Award 2008. BEDLAM is her third novel and was longlisted for the Carnegie Medal 2009
SPARKS, published in May 2010, has been longlisted for the 2010 Guardian Children's Fiction Prize. It is for readers aged 8/9 and above.
QUARRY, a teen chiller, was published in February 2011 and has been longlisted for the Carnegie Medal and the UKLA 2012
BULLET BOYS, a new teen thriller, was published in January 2102 and was also longlisted for The Guardian Children's Fiction Prize. Fact about BULLET BOYS, Ally nearly called it STRANGEWAYS instead. She still can't decide which title she likes best and it has been out for over a year!
MIDNIGHT PIRATES, set in Cornwall, is her new adventure story for readers age 9-16.
HOW TO SPEAK SPOOK (AND STAY ALIVE) is even newer.

No woman has ever beaten Ally in an arm wrestle. Yet. 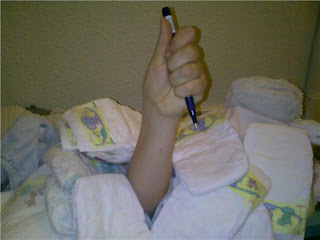 Hi Ally Kennen! Have come to page 114 of your book in Sweden called Letter Lover by Nature & Culture in 2007, and translated out of a named Carla Wiberg. I was completely taken out of storryn and your aptitude to the story's credibility, I recognize what is in society in general. That you can get an idea transfer to Having been a teenage boy makes me question how you can live in one another's world when you are yourself a female writer. Should read the book in a few hours, then I come back with a little more meat on the bones so to speak. Out of curiosity, the name struck me via Google up your page and some pictures of yourself. In youth the book can I use a little bit out of your data to the real life of blah psychology and behavioral research to improve my knowledge & experience as a Construction Engineer where you have with young talent to work with. The book I was recommended to read out a Librarian "A" in Bromolla. As I was told that, on re-hearing ...

Well - then! I read the book last night (16/6-13) and to be 50 years, so I appreciate your deep art and writing talents to tell some adventurous events / actions from the youth. To steal a truck at the age of around 15-16 years and pick of the load is probably the extremes of what can happen to some guys (and girls) with excess energy. I have studied (apart from what another found at that age), young people today and they are then very restless and want something going on all the time. With his finger which was parceled at the many different things they are up to. Even here in Sweden this've also been (myself have tried this at an easy pace) here and there. But someone decides to save and enjoy ski else's body is sick and perverted. Similarly, another in the construction industry and there exists including both tower cranes and scaffolding etc around the construction. Have yourself up in one of about 35 to 40 feet high, and with a wheelhouse, and self driven one of Lifting. Even been out on a 30 meter long arm and felt the vibrations when the wind blows, and even looked down towards the ground. When you feel small in context.

A good description you did there on the one guy's incarceration, and also what happened in the situation where the other (guy & girl) arrived with the one guard for the evening / night, that guy's letter friend (the acquitted murderer). However it is clear when it comes to some kind of basic bullying, so it will be a re revenge with another activity (perhaps twice that what You have been The past). As said was an exciting reading that I took from page one to the last page (288) in a wonderful and touching story of a wildly youthful experiences to many different adventure of what comes in your way. I can recommend this book even to older people, so they learn what some cocky and energetic young children can find on the mischief. Hope that someone can make a movie about the content of the text [Your last name sounds too I come from Finland?] ...

Thanks for your comments, Stefan, I'm glad you enjoyed the book. Thanks for any recommendations!
To answer your question, one of the most interesting bits of writing, for me, is to imagine being someone else and conjure up a credible human. I find females are just as hard to write as males!

I writing to you in relation to the book I recently purchased for my son called The Everything Machine. He had been really enjoying the book till he got to page 178 where you say that - "Statistics state that children are happier and get better results at school with two parents in the home".

This really upset my son as he is only 8 years old and I am indeed a single parent. My son came to really upset when he read this part of the book asking me questions as to why a statement such as this has been made and is it true. Whislt I do agree it is better for children to have both parents living with them in some situations this is not always possible. As an author you need to ensure that this kind of sweeping generalistion is not made in texts which young people are reading as it appears to be very judgemental and imply that he might do well as he is from a single parent family. I don't think any child should be made to feel this way when reading a book. I understand this is a fictional book but you are making comments about family life which can potentially have an negative impact on sensitive children or those whose parents are living separately. I just wanted to bring this to your attention so this kind of situation can be avoided in the future.

Dear Reader,
Your parent let me know that a part of my book, 'The Everything Machine' upset you, the part where the robot, Mister Rob, talks about having two parents in the home. I'm very sorry this upset you. When an author writes a book, they invent characters who say all sorts of things, and very often things the author doesn't actually agree with themselves! (such as this which is obviously a nonsense, there is no such thing as a 'normal' family, every single one is unique and interesting and children do very well from all variations of them thank you very much) Mister Rob the robot upsets the child characters in this part of the book, just like he upset you, as they are really missing their dad. He is rude! insensitive! And wrong! He is a machine, who says machine-like things, which don't take into account how other people might be feeling. Mister Rob, the robot, gets very confused with human emotions, and spends a big part of the book trying to work out what 'love' is, and he gets things badly wrong all the time! (like when he kidnaps Mum to cheer her up because he thinks she needs a holiday)
It is wonderful that you are such a good reader, and that you can question what you are reading. Just because something is printed on the page , in a book, absolutely does not mean it is true. 'The Everything Machine' is a story, a fiction, which means nothing in it is real, and you must always question what you read. And also, if a book makes you sad, always let yourself put it down and go and find one that makes your heart sing. You are obviously a great little reader, and reading really is a wonderful thing to do. Keep reading! Don't let one bad book put you off the many wonderful ones out there! With many best wishes to you and your family , Ally.

I am a Primary school teacher who although Cornish born, lives in Lockerbie. I just wanted to say how much I love 'Midnight Pirates ' and read it to my class each year. For the last two years I have also used it in conjunction with 'Emotion Works' as it lends itself brilliantly for this. The characters are so engrossing and the children always come up with interesting descriptions. We also derive super artwork and last year even made a model of the hotel. Being Cornish I feel like the locations you describe are almost known to me! For example I think of Carlyon Bay as a possible place for the hotel and Mermaid Wyrld seems like it belongs at a place in StAustell where they have an attraction and Market, on the road to Poole.The hotel reminds me of a wreck of a house on the cliffs in Westward Ho! often referred to as 'Spooky House'by the locals. Incidentally I came across your book through a review in the Cornwall Today magazine. I wish they would make it into a film!
Thanks for providing so much enjoyment to so many different children and for providing me with the chance to have the odd happy thoughts of Cornwall whilst teaching pupils in a Dumfries school classroom!
Kind regards,